Dealing with an Insurer After an Atlanta Traffic Collision

When Hurricane Katrina destroyed the beach house of U.S. Senator Trent Lott, he was dismayed that State Farm Insurance denied his claim. The Senator eventually settled with the insurance company, but his experience caused him to turn against the industry and he sponsored legislation requiring insurance companies to provide "plain English" summaries of what policies actually covered. 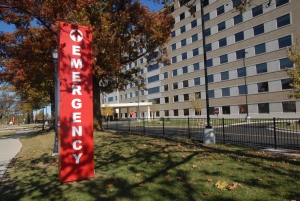 Unfortunately, most people who have legitimate claims denied by an insurance company don't have the power to go after the insurance industry with new laws. The only options you have to protect yourself when dealing with an insurer after an accident are to know your rights and to get a lawyer. An experienced Atlanta accident lawyer can stand up to the insurer on your behalf.

How Insurance Companies Avoid Paying After Your Accident

A recent report from the American Association for Justice shows the lengths that insurance companies will go to in order to avoid paying out claims.

One insurance company denied coverage for a 60-year-old policyholder injured in a motor vehicle collision. The policy provided $2 million in damage coverage and the claimant had suffered serious injuries including a collapsed lung and broken bones. The injuries occurred when the driver of a pickup truck crossed into her lane. The insurance company, however, denied the claim and said it was not an accident. The collision was not covered because it was caused by "road rage."

This is just one of many examples of a situation where insurance companies used tortured logic to avoid paying a claimant. Denying claims is standard practice for many major insurers, including Allstate which had a three part claims handling processes dubbed the "Three D's" by employees.

Allstate's "Three D's" stood for delay, deny and defend. Delaying can be just as useful a tactic as denying claims. For example, for some long-term care policies, insurance companies deny claims and avoid paying until the covered policyholder has died. For auto insurance claims, delaying payment could leave a seriously injured person with no income if he cannot work and with mounting medical bills. Desperate to get at least some money coming in, the victim might be tempted to accept even really low settlement offers.

Defend, of course, stands for aggressively litigating cases. Allstate is not the only one that does this. AIG is known for fighting even really mundane claims in court and tying them up for years.

Employees at these insurance companies are encouraged to go along with this and to help the insurers deny legitimate claims. In fact, many insurance companies throw pizza parties and give gift certificates or other incentives for keeping payout rates low.

It is the injured victims of motor vehicle accidents and others who make insurance claims who suffer as a result.  An attorney can help to stand up to the insurer, and victims of collisions should not sign any paperwork or agree to a settlement until they talk to a lawyer.

An Atlanta accident attorney can help after a car accident. Call Gary Martin Hays at 1-800-898-HAYS to schedule a free consultation.