New Smartphone apps aim to make commutes easier for drivers by providing real-time traffic updates and information.  These apps go beyond turn-by-turn directions, giving you updates based on GPS data and first-person reports from other drivers on your route. Your phone can alert you to a red light camera, an accident or a traffic jam and can reroute you to get you around traffic. 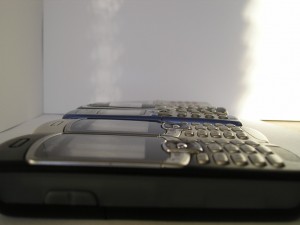 This may all sound great, but you should think twice before you install these apps. Many smartphone programs, including those that are designed to be used while driving, can be very distracting and very dangerous.    Drivers who use their phones in any capacity while behind the wheel could be held liable for damages and injuries they cause. Victims of distracted driving crashes can speak to an Atlanta personal injury lawyer at the Law Offices of Gary Martin Hays & Associates, P.C. to learn more about their right to compensation in the wake of a motor-vehicle collision.

Cell Phone Apps Behind the Wheel

Cell phone apps that try to make your commute easier typically include voice control features so you won't be tempted to take your hands off the wheel. However, this does not guarantee that the apps won't reduce your concentration. In fact, studies have shown that even when you are not using your hands, phone use is a cognitive distraction. Your brain pays attention to the phone or the software program and less energy is devoted to watching the road and avoiding collisions.

Not only that, but a review of a popular transportation app, Waze, contends that voice commands didn't work that well.  This is a common criticism of all kinds of different voice-controlled programs, and a lot of people who start out talking to their phones will end up using their hands when oral commands fail.  This is true even for programs like Waze that disable touch operation for drivers. It is easy to get around this limitation by simply signifying you are the passenger, not the driver.

Waze actually encourages you to interact with the phone while driving, since you are awarded points for entering traffic information. A lot of features on your phone encourage this kind of interaction, from the ding of a text message to a popup telling you that you have a new email. Many people respond to these cues by habit, using the phone even when they are driving.

Fortunately, there actually are some apps that really will make driving safer. These are apps designed to stop you from using your phone. The Times Free Press reports on one of them, MyKey, has been implemented in six million cars already. MyKey has a "Do Not Disturb" mode that prevents a phone paired to the car from accepting either texts or calls when the vehicle is in motion.  Parents routinely use MyKey on equipped cars to ensure their kids don't text or talk while driving.

To reduce the risk of a collision, you should be careful and install only those apps that will actually make your commute safer, rather than those that could backfire and force your attention off the road.

An Atlanta personal injury lawyer can help if you are in an accident. Call the Law Offices of Gary Martin Hays & Associates, P.C. at 1-800-898-HAYS or visit www.garymartinhays.com to schedule  a free consultation.