Car accidents have an impact on almost everyone in the United States. In fact, according to the AAA Foundation for Traffic Safety, almost one out of every three people in the U.S. has had a friend or relative who was seriously injured or killed in an auto accident. Many of these accidents are caused by preventable dangerous driving behavior that most people know to be risky. Yet, despite the fact that people know of the dangers of certain behaviors, many engage in risky acts behind the wheel anyway.

Recently, our car accident attorneys in Atlanta, GA took a closer look at the AAA Foundation for Traffic Safety's 2012 Traffic Safety Culture Index. The index reveals important information about people's attitudes toward safe driving as well as how people's behavior is affected by their attitudes.

How Attitude Affects Driver Behavior
According to the AAA Foundation for Traffic Safety:

Unfortunately, these statistics show that people can know a driving behavior is dangerous and still do it anyway. This type of disconnect between attitude and behavior needs to be addressed and people need to start doing what they know is right if the number of auto accidents is ever going to be significantly reduced.

Highway Accidents are Top Cause of Burn Injuries

On February 6, 2013, USA Today reported on a crash on Interstate 16 in Laurens County, Georgia. The crash was a multi-vehicle accident involving more than a dozen cars including a FedEx truck and a tanker truck. Tragically, the accident caused a fire that resulted in four deaths.

Our Atlanta, GA accident attorneys were sad to hear of this tragic collision and of the loss of life that followed. Unfortunately, highway accidents are one of the top causes of fires and burn injuries and many people die each year as a result of fires caused by auto accidents.

The Georgia Auto Accident Fire
The recent Georgia auto accident reported by USA Today actually involved four different crashes. Tragically, at least six of the vehicles caught on fire, and firefighters from multiple departments arrived at the scene to try to handle the blaze.

While the fire originated with the oil tanker, the tanker itself did not explode. The cab of the truck was, however, on fire and the cars immediately surrounding it were ablaze as well. There was extensive smoke. Witnesses who observed the accident commented to USA Today that the accident scene  looked as though it was a war zone.

The fire was a tragic event that made headlines because of its size and the involvement of multiple commercial vehicles. Unfortunately, highway vehicle fires are not uncommon, and thousands occur each year in Georgia and throughout the United States.

Fires Caused by Auto Accidents
While the fire in this recent Georgia accident is believed to have originated from the tanker trunk, any auto accident can cause a fire due to the combustible nature of gasoline in vehicles. In fact, fires are very common when car accidents occur. Fires in cars can also occur for reasons other than accidents and can be just as dangerous.

The US Fire Administration reports on some important statistics related to auto accident fires and burn injuries. According to their data:

As these statistics show, fires happen regularly both because of accidents and because of problems with vehicles. In fact, according to The US Fire Administration, an estimated 258,000 fires occurred in highway vehicles annually between 2004 and 2006.

The fires cause billions in losses not to mention extensive pain for those left with disfiguring injuries or for those who lose loved ones in tragic fires.

Elderly Abuse and Neglect on the Rise in Georgia

Elder abuse is an umbrella term that may include physical, sexual, or emotional abuse; financial exploitation; and neglect, abandonment or self-neglect.

Caseloads are increasing for state investigators in Georgia, as more and more reports of elderly abuse and neglect are made.

According to Adult Protective Services, there has been a 67% increase in elderly abuse and neglect since 2008. Many feel that the slumping economy plays a major role in the increase. 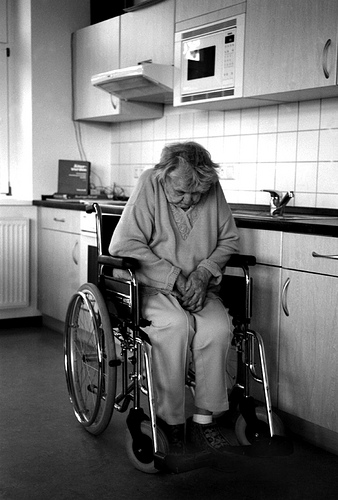 The state's 2014 proposed budget will cut nearly $530,000 of funding, even as the number of abuse reports are on the rise. Some of the cuts will eliminate jobs for family service workers.

With the rise in numbers in the population, the potential for further elderly abuse and neglect is dangerously high.

Attorney Gary Martin Hays has seen a rise in cases as well and says "This problem isn't getting better so it's vitally important for families to take special care of their loved ones, especially when choosing nursing homes"

We fight for nursing home abuse victims. Your free consultation is a click away.
At Gary Martin Hays & Associates, we recognize how difficult it can be to cope with the trauma of nursing home abuse. Your first step to simplify the process is to contact us today. From the insurance forms to the medical bills, our experienced staff can help you sort through the red tape and paperwork. Call 1-800-898-HAYS. There is no fee for your initial consultation. Now is the time to act.

COLUMBUS, GA - Northside High student, 16-year-old Hannah Gilmer was killed in a car accident on County Line Road back on June 15, 2012. According to police records, Hannah's 17-year-old boyfriend, Clayton Qualls, was driving her 2006 Toyota Scion under the influence of alcohol when he lost control of the car before spinning out, flipping the car several times and eventually striking a tree.

Ms. Gilmer was ejected from the car during the accident and, according to the accident report, neither of the teens were wearing their seat belts.

Qualls survived the accident but Ms. Gilmer was pronounced dead just after 1AM on June 16, 2012.

Clayton has been charged with numerous traffic charges, which include 1st degree vehicular homicide, DUI, and improper lane change.  The underage drinking charges are not the first Qualls has faced. On June 4, 2012, he was arrested on charges of DUI under 21 and minor in possession of alcohol.

"My heart goes out to this young woman's family. This is such an awful tragedy. I know the family is suffering a tremendous loss," said attorney Gary Martin Hays.

It is also extremely important to remind people to always wear their seatbelts. According to the CDC, "Seat belt use is on the rise. Laws, education, and technology have increased seat belt use from 11% in 1981 to nearly 85% in 2010, saving hundreds of thousands of lives. Yet, about 1 in 7 people still don't buckle up."

Gary Martin Hays is a very active supporter of Mothers Against Drunk Driving (M.A.D.D) and has served on the state advisory council in Georgia. He has also sponsored a fundraiser for M.A.D.D , Strides for Change, in support of their mission.

If a drunk driver is negligent in causing an accident, their insurance company is responsible for compensating the victims of the accident. In a case such as this, the family may pursue a claim for wrongful death and seek punitive damages since the defendant was allegedly driving under the influence. Other parties that may be responsible for compensating victims could include an establishment that served alcohol to a visibly intoxicated individual or a homeowner who hosts a private party where the drinks/drugs were served.

Fatal accidents such as this can cause extreme emotional and financial stress. The unexpected loss and sudden grief can be devastating to the victim's loved ones. It is very important that families of the victims know that they have every right to seek legal advice and they may be eligible for financial compensation.

Here at the Law Offices of Gary Martin Hays, we have an expertly trained staff of professionals ready to assist you in your wrongful death claim. We have recently expanded our offices from Atlanta to Savannah, making our services available to all Georgia residents. Call us today for your FREE legal consultation: 1-800-898-HAYS.

Are Your Sleeping Pills Increasing Your Risk of Drowsy Driving?

According to the New York Times, each year in the United States around 60 million prescriptions for sleep aids are filled. Sleep aids are taken by men and women of all ages and are intended to help people suffering from insomnia and other sleep problems to get a good night's rest.

Recently, however, the FDA has expressed concerns about some of the most popular prescription sleep aids. Our Atlanta, GA personal injury lawyers want to make sure that everyone who takes a prescription sleeping pill is aware of the FDA's new recommendations so they can stay safe.

The FDA specifically targeted one of the most popular sleep aids on the market: Ambien. Other versions of the drug also include Zolpimist, Edluar and generic versions. The FDA issued a release on January 10th warning that these popular medications might be staying in the body longer than anticipated.

The problem is specific to women, according to the FDA's release. The issue is that women's bodies are not processing and removing the Ambien as quickly as expected. As a result, women may be very groggy the next morning. This can interfere with their ability to drive safely on their commute to work and, in some cases, could interfere with their ability to perform their job safely.

By lowering the active dose of sleep medication, the hope is that women will be able to safely excrete the drug from their body before morning. This will allow them to get the good night's sleep that Ambien is supposed to provide but without putting them at risk of becoming involved in an auto accident the next morning due to still being drowsy from the drugs.

The FDA did not change the mandated dosage of Ambien for men, who process the drug differently. However, in the news release, the government did urge everyone to take the lowest possible dose of sleeping pills that is necessary to be effective. The FDA further reiterated that Ambien and related sleep medications do contain warnings that they can cause fatigue.

Anyone who is taking Ambien or other sleep medications should be aware of the risk that can come from driving while groggy or impaired by a sleeping pill. As the Huffington Post points out, several recent high profile accidents have occurred when people were on prescription sleep medications, including a crash involving Tom Brokaw and one involving Kerry Kennedy. Anyone is at risk of becoming involved in a crash while they are affected by sleep medications and drivers who are too tired or impaired to drive safely put themselves and everyone else on the road with them in danger.