Many people who have embraced the use of electronic devices in their vehicle have instituted the use of hands-free devices. While some motorists have started using hands-free tools to interact with electronics as a result of laws limiting phone use, others are motivated by safety concerns. There are lots of drivers who believe that it is really dangerous to use a handheld cell phone but who think they are perfectly fine if they talk to their telephone or other electronic devices in their vehicle. 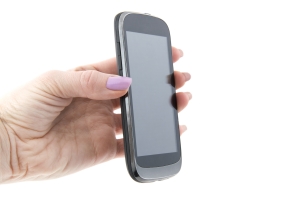 Unfortunately, drivers in Atlanta, Duluth, Savannah and across Georgia who believe hands-free is safer have been significantly misled and misinformed. A personal injury lawyer knows that using a hands-free phone or other device is just as dangerous. Several recent new studies underscore the danger to your health and safety of multitasking while driving. This risk can exist not just at the time when you are actually multitasking but can actually have a long-term impact on cognitive abilities.

Multitasking While Driving Can Hurt Your Health

Multitasking while driving is undoubtedly dangerous and Yahoo News reports on several new studies confirming that motorists who are distracted take their life into their hands. The studies were conducted by the AAA Foundation for Traffic Safety and the University of Utah.

One of the two studies examined infotainment systems that are now found in a huge variety of vehicles including Chevrolets, Mercedes, Fords, Hyundais, and Chrysler vehicles. Another study looked at the use of the virtual assistant Siri that is found on Apple devices. Both studies were intended to measure how distracted a driver was when using these systems, which do not require hands to operate.

Unfortunately, the research found drivers very distracted even without actually physically picking up a phone or entering data into an infotainment system. Systems were graded on a scale of one to five, with one representing the least distraction and five representing the most distraction. It turned out that using Apple was the most distracting of all. In driving simulators, in fact, drivers ended up rear-ending other vehicles twice. The Apple Siri phone service received a distraction rating of 4.14. This was the worst of all of the systems involved in the study.

The infotainment systems did not do much better. The MyLink, found in Chevrolet vehicles, received the worst rating at 3.7. Other systems did slightly better, but were still found to be more complicated than simply using a cell phone would have been in the first place.

While a car accident is the most obvious concern when it comes to risks of multitasking behind the wheel, Forbes recently published an article suggesting that multitasking has a long-term impact on the brain. Stanford researches found that "people who are regularly bombarded with several streams of electronic information cannot pay attention, recall information, or switch from one job to another as well as those who complete one task at a time." Furthermore, those who multitask frequently turned out to have a more difficult time organizing thoughts, were slower at filtering out unnecessary information and were slower at switching tasks. This means people who drive distracted all the time are likely to be the worst of all at this dangerous behavior.