Drivers are expected to obey the rules of the road and behave with reasonable care. Unfortunately, many motorists drive even when they know that there is something preventing them from being safe behind the wheel. Some motorists choose to operate their vehicles despite serious mechanical problems with the car while others have a physical or mental impairment and decide to drive anyway. 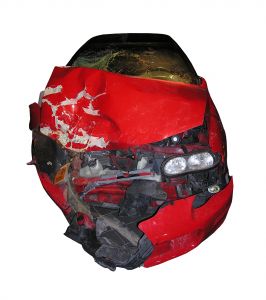 If a driver operates his vehicle when it is unsafe, he can be considered negligent and held responsible for any accidents he causes. A personal injury lawyer can represent victims of motor vehicle collisions caused by negligent drivers.

Motorists Who Drive When They Shouldn't

A recent survey of 2,000 drivers, of these motorists, 46 percent admitted to driving at least once or twice despite knowing that it was not a good idea to get behind the wheel. Eleven percent admitted they'd driven when it wasn't necessarily safe somewhere between three and ten times and three percent said they had gotten behind the wheel despite safety concerns more than 10 separate times.

There were a lot of potential reasons drivers cited for being concerned about their ability to drive safely. The motorists who were concerned about driving said that the problem that caused their concern included:

Some motorists also reported mechanical problems that had them questioning the safety of the drives they took. Of the drivers who had mechanical issues:

These motorists endanger themselves and others. Most said that they drove despite the risks because they had to go home; get to work; pick up their kids or go to a doctor. The bottom line, however, is that there is no excuse for driving when faced with safety concerns.