In the state of Georgia, motorists in Atlanta, Duluth, Savannah or surrounding areas can obtain Peach Pass if they want to be able to go through tolls without having to stop to pay. Peach Pass makes it much more convenient for drivers to pay their tolls since they do not have to stop and wait. Peach Pass can also cut down significantly on traffic congestion on toll roads and reduces the number of workers who need to physically be on interstates and highways to collect money. 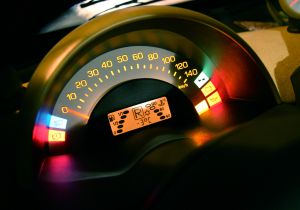 Peach Pass is a convenience that many motorists would not want to ever give up. There are now some states, however, that use electronic toll collecting devices to do more than just collect money from road travelers. A personal injury lawyer knows that at least three states are already using their own toll collecting devices as a means of punishing speeders and encouraging people to drive more slowly.

Toll Collection Devices as a Means to Reduce Speeding

Different states have different electronic devices used to collect tolls. Fifteen states in the country use a system called EZ Pass which is similar in many ways to Peach Pass but with a larger network.

Fox News reports that EZ Pass is now tracking driver speeds in Pennsylvania, Maryland and New York. If drivers do not slow down and they go over the speed limit as they go through toll plazas, then they face consequences.

In Maryland, for example, there is a 30 mile-per-hour limit for drivers traveling through a toll plaza. Any motorist who has an EZ Pass and who goes above that limit by 12 miles or more per-hour twice over the course of six months will have his or her EZ Pass suspended for a period of 60 days.

Some drivers are upset by the fact that their toll collection devices are monitoring their speed, even as authorities have rushed to make it clear that tickets are not being issued to speeders (at least not yet). However, the reality is that encouraging drivers to slow down can be a very good thing.

The Insurance Institute for Highway Safety (IIHS) data shows that around 30 percent of all motor vehicle crash deaths occur in accidents involving a speeding driver. Around a third of all crash deaths since 2003 have involved a motorist who is going too fast. This includes not only accidents caused by motorists who receive citations for exceeding posted speed limits but also people who go too fast for road conditions and cause a crash as a result. In 2012 alone, speeding was a factor in an estimated 10,219 car crash deaths.

IIHS also states that about 30 percent of the deadly accidents involving speeding happen on interstate and freeways. Only minor local roads had more speeding-related fatalities. In 2012 alone, 1,185 people died in speeding-related crashes on highways.

If using a toll pass can help to encourage drivers to slow down and can perhaps bring the death toll down, this could be a very good thing. If successful, this phenomenon is likely to spread to other EZ Pass states and perhaps some day to Georgia's Peach Pass as well.