Head Injuries in Georgia: An Important Study on Concussions

Head injuries are a common injury in the United States, with the Mayo Clinic indicating that most of the incidents of head trauma happen because of falls, motor vehicle accidents or as a result of violence. Unfortunately, as many as 1.7 million traumatic brain injuries occur annually, according to data from the Centers for Disease Control. Head and brain injury attorneys in Atlanta know that as many as 75 percent of these millions of brain injuries are concussions. 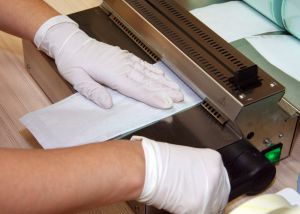 Concussions may seem like relatively minor injuries, but the reality is that the consequences of this disruption of normal brain function can be long lasting and can affect your health even months or years after the initial trauma occurred. A study published in the medical journal Neurology recently shed more light on the lingering changes to the brain that a concussion can cause.

Concussions Can Have Long-Term Effects

The Neurology study revealed that patients who had suffered a concussion still had changes to the brain four months after the incident. These changes were not generally visible on the most common medical tests, including traditional MRIs and CT-scans, so many medical experts and patients may be unaware that the prefrontal cortex is not yet fully returned to normal several months after head trauma.

The changes were detected in a special test called a diffusion MRI, which traces how molecules (especially water molecules) move throughout the subject's brain. By tracing the movement of the molecules, the test provides a clearer picture of the underlying architecture and structure of the brain. Diffusion MRI tests were performed on 26 patients who had suffered a concussion. The researchers performed the tests 14 days after the original trauma caused the concussion and then performed the test four months after the original date of injury. Researchers also gave the study participants behavioral and memory tests to observe memory and cognitive function. The researchers also performed tests on healthy subjects who had not suffered a concussion to compare the results.

Both the diffusion MRI results and the results of the behavioral tests indicated that the concussed victims were still experiencing after-effects of their head injuries.  As was consistent with prior data, the patients who had experienced a concussion performed slightly worse than the healthy patients on both memory and cognitive function tests. The diffusion MRI performed four months after the concussion occurred also showed that the concussed patients still had 10 percent more fractional anisotropy in grey matter.

The reason for the higher levels of FA was not clear but possible explanations include the healing process; the lingering effects of fluid accumulation from the concussion or changes to the brain's structural cells. More research is needed to determine the reason for the lingering change to the brain, but victims of head injuries should be aware that a simple concussion may not be as minor of an injury as some tend to believe.

Contact Gary Martin Hays & Associates in Atlanta at 1-800-898-HAYS to schedule your free consultation. Attorney is not the author of this blog.