The number of hours a trucker is allowed to drive was reduced recently.  The Federal Motor Carrier Safety Administration (FMCSA) changed the rules on maximum hours of drive time to prevent drowsy driving collisions.   The Administration claims that this change is already having a positive effect and will prevent thousands of crashes. 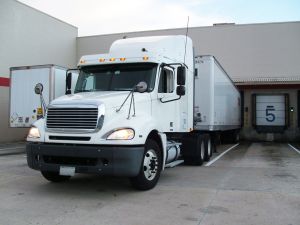 However, not everyone agrees that FMCSA's new rules will actually bring the promised benefits. Further, other problems within the trucking industry also spell trouble for road safety.  Victims of truck accidents need to understand their rights and should contact an Atlanta truck accident lawyer at the Law Offices of Gary Martin Hays & Associates, P.C. for help after a collision.

The FMCSA limits truckers to driving 60 hours over a seven-day period and 70 hours over an eight-day period. Once a trucker hits these limits, he is required to rest for 34 consecutive hours. His rest time must include two periods between the hours of 1:00 a.m. and 5:00 a.m.   Other new limits include a daily maximum drive time and a requirement that truckers take a break of at least a ½ hour after eight hours on the job.

The new limits went into effect on July 1, 2013, and FMCSA is now touting a study on drivers who start their work week with just one period of nighttime rest. instead of two. These drivers reportedly are more sleepy, are more likely to exhibit lapses in attention, and are more likely to deviate from their lanes at all times of the day. Because the two-night rest period has been made mandatory, the FMCSA asserts that 1,400 crashes, 560 injuries and 19 fatalities will be prevented every year due to drive-time limits.

Some trucking groups, however, question whether the promised benefits will actually materialize. By requiring drivers to sleep at night, truckers are more likely to drive during the day during higher traffic times. This could actually result in more collisions occurring.

Further, enforcement of the maximum number of hours on duty can be difficult.  Drivers have to keep log books of time spent on the job, and employers are supposed to monitor truckers to ensure they don't exceed the legal allowable time.  Unfortunately, both truckers and employers have a lot of incentive to break these rules because there is a severe trucker shortage. There are not enough truckers to do the routes that need to be done, and the shortages of qualified drivers are only likely to grow worse.

If a trucker does violate the rules and drive when he is not supposed to, the FMCSA regulation could make it easier for crash victims to obtain compensation. A victim injured in a collision could point to the trucker's rule violation to show the driver was negligent in a way that caused injury.  While this may help accident victims to recover traffic-accident losses, it would be far better to prevent the accident in the first place. The FMCSA's rules may not be effective and may not be the answer to saving lives. Truckers and trucking companies making a commitment to safety is the only way to protect motorists on the roads.

An Atlanta truck accident lawyer can help if you are in a collision. Call the Law Offices of Gary Martin Hays & Associates, P.C. at 1-800-898-HAYS or visit www.garymartinhays.com to schedule  a free consultation.