A 19-year-old woman living in an East Point apartment experienced a horrific ordeal. She reported being raped at gunpoint by two men who invaded her Garden Court apartment while she was cooking dinner, according to 11Alive.com. The news station reported that the two men entered her apartment after the woman opened a patio door to air out her apartment because something she was cooking started smoking. Police said the two men took turns brutally attacking her over the course of a half hour, then ransacked her home before leaving with her cell phone and $900. Police stated they were looking for the two suspects after the November 2014 incident. 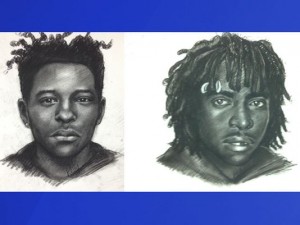 Our personal injury lawyers know that, unfortunately, rapes and sexual assaults in apartments in East Point, Atlanta, Duluth, Savannah and across Georgia happen far too frequently. These disturbing cases  can result in criminal charges against the perpetrators as well as a civil case against the owners or managers of the property.

Why should the property owners be held responsible? In so many cases, these violent assaults could have been avoided if the property owner took appropriate preventative action. In the legal realm, a rape, sexual assault, shooting, murder or other violent attack against an individual on a property may be considered a "negligent security case." While landlords cannot guarantee that their tenants will be safe from a sexual assault, they must make sure their properties are as safe as possible. Georgia law states property owners do have certain responsibilities. Once the property owner becomes aware of a crime problem, he must take reasonable security precautions to prevent attacks.

What Is a Negligent Security Case?

For example, if the manager of a property is aware of assaults happening on the property and fails to beef up security, he may be held liable in a negligent security lawsuit.

Based on the news story about the East Point apartment rape, it's not clear if the property owner was on notice of a crime problem at Garden Court prior to the rape. However, 11Alive.com reports that many residents said they heard nothing from the apartment complex about the rape three days after the incident.

If true, this may be negligent oversight by the apartment complex. In cases of rapes at apartment complexes, the landlord should inform other tenants as soon as possible so the residents can take precautions. Furthermore, the apartment complex should make sure apartment locks are in working order and that the parking lot is adequately lighted. They may need to hire trained security personnel and install security cameras.

In the case of the East Point rape, police don't believe the suspects lived at the apartment complex and say the attack was random. An 11 Alive News reporter said security has been increased and extra hours have been added to security shifts.

Police have released detailed composite sketches of the suspects and are asking for the public to call Crime Stoppers Atlanta at 404-577-TIPS if they recognize the suspects.

Negligent security cases can become complex, which is why it's important to seek the advice of legal counsel. If you or a loved one is sexually assaulted at an apartment complex, don't wait to contact an experienced attorney to learn about your rights. You may be entitled to compensation from the property owner for losses related to your injuries as well as pain and suffering.

Call the Law Offices of Gary Martin Hays & Associates, P.C. at 1-800-898-HAYS or visit www.garymartinhays.com to schedule a free consultation if you have been injured in East Point, Atlanta, Duluth, Savannah or surrounding areas of Georgia.